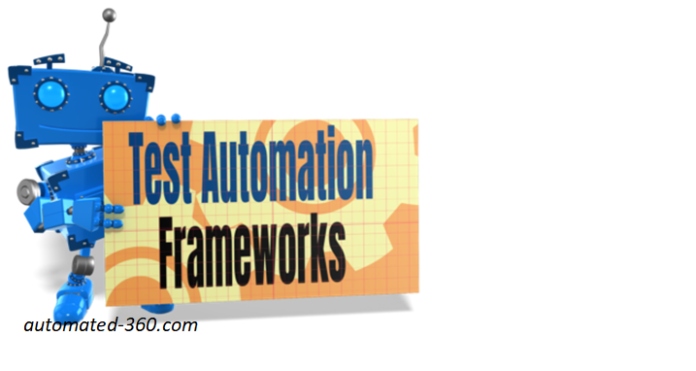 The purpose of this post is to provide a list of various test automation frameworks that you may use right now. These are fantastic and ready to use as is or with minor adjustments to suit your needs. This eliminates the need to start from scratch while designing a new framework.

What is Test Automation Framework?

Test Automation Framework is a combination of tools and processes that operate together to provide an easier and faster way to automate your test cases. It can contain a defined process, guidelines, several tool combinations, test data, common or reusable functions etc.

Cucumber is a testing framework for Behaviour-Driven Development (BDD). It allows us to define application behaviour in plain English text using a simple grammar specified by the Gherkin language.

Cucumber was originally written in Ruby and was supporting Ruby language only, later it’s available now to support all different languages.

Jasmine is a behavior-driven development framework for testing JavaScript code. It does not depend on any other JavaScript frameworks. It does not require a DOM. And it has a clean, obvious syntax so that you can easily write tests.

TestNG is an automation testing framework that stands for “Next Generation.” TestNG was influenced by JUnit, which uses annotations (@). TestNG aims to simplify end-to-end testing by addressing JUnit’s weaknesses.

Serenity BDD makes it easier to develop more readable and manageable automated acceptance and regression tests. Serenity also leverages the test findings to create visual, narrative reports that explain what your application does and how it works. Serenity not only shows you which tests have been run, but also which requirements have been tested. Serenity BDD has the advantage of not requiring you to devote effort in developing and maintaining your own automation infrastructure.

JBehave is a Behaviour-Driven Development framework (BDD). BDD is a hybrid of test-driven development (TDD) and acceptance-test-driven design that aims to make these approaches more accessible and natural to both newcomers and experts. It frames itself as a design philosophy and switches the lexicon from test-based to behavior-based.

SpecFlow is a testing platform that aids in the development of behavior-driven software (BDD). It allows us to express application behavior in plain English text using a simple grammar specified by the Gherkin language.

Mocha is a feature-rich JavaScript test framework that runs in the browser and on Node.js, making asynchronous testing simple and enjoyable. Mocha tests run in sequential order, allowing for flexible and precise reporting while mapping uncaught exceptions to the appropriate test cases.

The Test Anything Protocol (TAP) is a protocol to allows communication between unit tests and a test harness. It allows individual tests (TAP producers) to communicate test results to the testing harness in a language-agnostic way. Originally developed for unit testing of the Perl interpreter in 1987, producers and parsers are now available for many development platforms.

Behat is an open-source Behavior-Driven Development framework for PHP. It is a tool to support you in delivering software that matters through continuous communication, deliberate discovery, and test automation.

ScalaTest is designed to increase productivity through simple clear tests and executable specifications that improve both code and communication.

The pytest framework makes it easy to write small, readable tests and can scale to support complex functional testing for applications and libraries.

Jest is an open-source testing framework built on JavaScript, designed majorly to work with React and React Native-based web applications. Often, unit tests are not very useful when run on the frontend of any software. This is mostly because unit tests for the front-end require extensive, time-consuming configuration.

Let us know if you are aware of any other excellent framework to include here via comments below.

How To Use Docker For Test Automation? – Docker Basics

What is Playwright? – How to Get Started?