Selenium is the most popular automation tool currently, which is widely being used across industry to develop robust automation suite. It supports multiple languages such as Python, Java, C-Sharp, JavaScript, Ruby etc. Among which, Java again is the most favorite language that automation developers prefer. Selenium does not provide an Integrated Development Environment (IDE) to write scripts with these programming languages. You need to use an IDE which supports easy to use features and scalable selenium scripts. There are multiple free best IDEs for Selenium are available to work with Selenium and supported programming languages.

In this post, we present you our pick of the 6 best IDEs for Selenium to work with. Does not matter, whether you are still learning Selenium or you are an expert, these IDEs will be really helpful to use and polish your expertise further. Have, take a look!

Before we look into the available IDEs, lets see what makes an IDE best to use with Selenium. Below are some of the key capabilities you should look for in an IDE before selecting

Eclipse is an IDE, dedicatedly for JAVA. It is the most popular IDE among automation developers. It supports other programming languages via plugins, such as C, C++, Clojure, Groovy, Haskell, JavaScript, Julia, Perl, PHP, Ruby.

IntelliJ IDEA is one of the big three of Java IDEs. It is available in 2 different editions, an Apache 2 Licensed community edition, and a proprietary commercial edition. IntelliJ IDEA allows you to create a dedicated project in Java, Kotlin, or Groovy for automated tests. You can choose Maven or Gradle for dependency management. For managing test cases, you can select TestNG or JUnit. 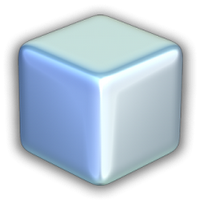 By highlighting Java code syntactically and semantically, it makes it easier to develop scripts. Inbuilt tools in NetBeans makes it possible to refactor the code as well as writing bug-free scripts.

NetBeans has extensions available for working in C, C++, HTML5, JavaScript, PHP, and other programming languages.

Created and maintained by Genuitec, MyEclipse is a proprietary IDE build on top of the Eclipse platform. The wide variety of tools available in MyEclipse can be used for both Java app development as well as web development.

In addition to providing support for Angular, HTML, JavaScript, and TypeScript, MyEclipse allows support for application server connectors and database connectors. Other notable features of the IDE include Maven project management, Spring Tooling, and WebSphere connectors.

Sprint Tool Suite makes programming Java quicker, easier, and safer for everybody. Spring’s focus on speed, simplicity, and productivity has made it one of the popular Java frameworks.

Sprint Tool suite can also be used for Selenium. Many of the big organization are using STS for automation script development as well. It can be used with Selenium, TestNG and Maven for Automation.

RAD is explicitly designed for Java development, RAD provides tools for analyzing, developing, visually designing, and deploying applications developed in Java. Similar to other Java IDEs, this can also be used to develop automation scripts.

Let us know, which IDE you are using –